1. Double spin classes are the best way to spend a morning. Double Tripp, Double Carolyn - two classes are twice as nice. I know spinning isn't considered a substitute for a run, but I think that double spin helps stamina just as well as a long run.

2. I love seltzer and Alka-Seltzer. Seltzer water is the best thing to happen to water since the U.S. Public Health Service started regulating drinking quality in 1914. Seltzer was actually invented in 1767, but who knows if it was safe to drink. Alka-Seltzer might be God's gift to drunk girls because I have yet to meet a hangover that can withstand four Alka-Seltzer tablets and a light nap underneath my desk. 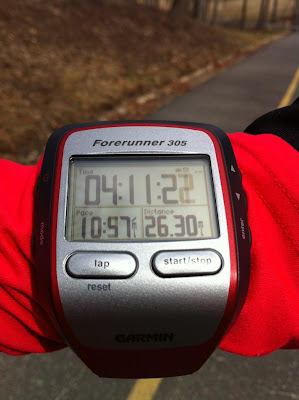 4. It's possible to run a marathon after being up partying for two straight days. I don't recommend it.

5. Compression calve sleeves help prevent cankles. I suffer from third spacing practically every time I fly. This means fluid gathers in places it shouldn't and my legs and feet swell until they resemble hams and vienna sausages. I wear my compression calve sleeves on (almost) every flight and I never have a problem anymore. I also wear them to bed if my legs hurt and I find they help me sleep.

6. You can have a boss that you genuinely like as a superior and as as person. I transitioned roles in August and my new manager is awesome. I love working with her and I love spending time with her when we're in the same city. My four previous years in the work world did not lead me to believe that bosses like her exist (excluding Viviana, but that was over the summer for six weeks and I'm not sure that counts.)

7. Yves and Coco opened their own studio. MC Dance & Fitness, located in Great Neck, offers kickboxing, Zumba, dance, and that crazy Early Birds workout. If I lived on Long Island fulltime, I'd quit supplement my gym membership and go there EVERY DAY. 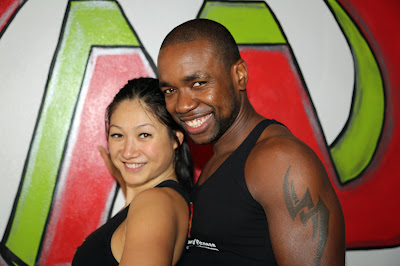 8. If you ever wake up in someone's apartment and you see a business card on the table that looks like yours, but isn't yours, RUN! Call me naive, but after working in elementary schools for three years, I didn't really ever think about the pros and cons of an office relationship. They're awful and don't end well.

On a related note,

9. I can cry when I haven't been drinking. I hadn't cried sober in years and then I got dumped on June 1. Blew my mind. Part of me feels better knowing that I am not completely heartless. The other part of me wants to kill these emotions with 409 and lye.

10. Electronic dance music is awesome. I went to Governors Ball and saw Duck Sauce. Enough said. Governors Ball in 2013 is the same weekend as my five year college reunion. I would really like to host an EDM festival on the quad to make up for this.

11. The Young and the Restless is a pretty decent replacement for All My Children. No one will ever take away my love of soap operas, even if I have to start watching telenovelas. I actually enjoy Decisiones even though I don't understand most of it.