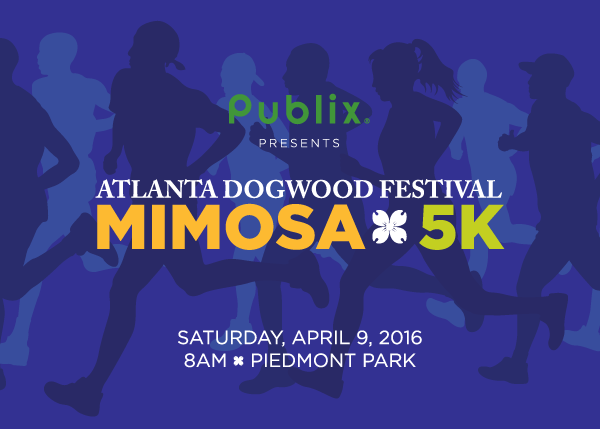 The boyfriend and I ran a 5K a couple of weekends ago. We'd been talking about running a race together and chose the Atlanta Dogwood Festival Mimosa 5K because of it's location. We live right near Piedmont Park so it was super easy to walk to the starting line.

That 8 AM start time kind of sucked. It's been pretty warm in Atlanta this month but the high for April 9 was 62 degrees. It was like 40 degrees when we woke up. Even though it was cold, I decided to wear my brown Oiselle Roga shorts. I love these running shorts and I got them for a sick discount because apparently no one but me wants poop brown shorts. Last summer, I went to our local running store to try a pair on and I had to size up from the size 6 because they were too small for my booty. I bought the size 8 but had to tie them tight around the waist. Now that I've lost weight, the waistband is getting too large and I might have to accept that Roga shorts aren't made for runners with small waists and large bums. I completed the outfit with a Fabletics long-sleeved tech top and my Saucony racing flats. 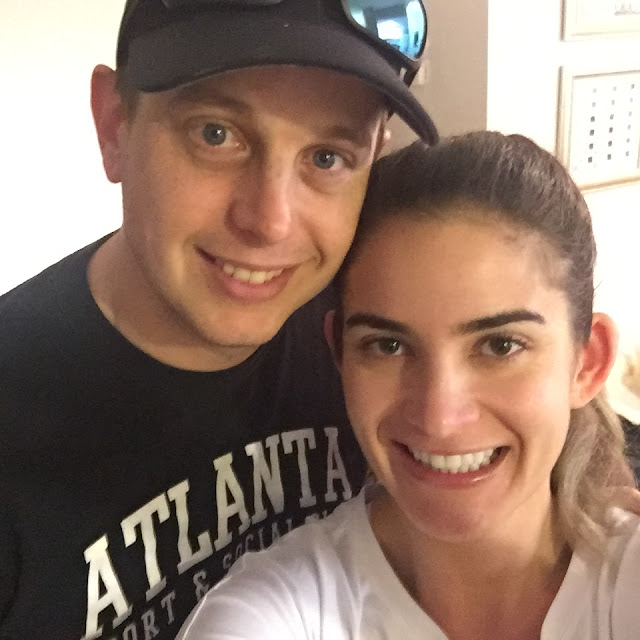 We walked up to Charles Allen Gate and people were milling about. I looked around for a bag check but couldn't find one so I stashed the sweatpants I wore for the walk in a tree. They're a janky pair of sorority sweatpants, which for some reason I have 3 pairs, and I figured if someone wanted them badly enough to steal, they should have them. Spoiler alert, no one wanted the ugly pants and they were right where I left them when I finished the race. 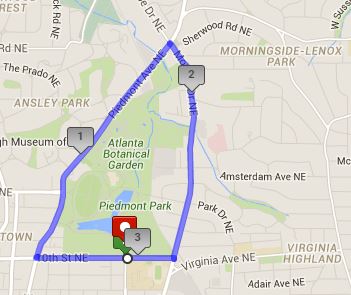 I put myself in the first corral behind the elites. I believe it was for 6:01 minute miles and above. I never bothered to check the course so it was exciting to find out where we were going. I got a little bummed once I figured out that we were running the park perimeter because there's some really cool things to see inside the park and I drive this route a lot. The first mile kind of sucked. It was uphill and cold. I stopped for some water at the mile marker. Then we spent about the second mile going downhill. I wasn't running as fast as I wanted but I couldn't get myself to run any faster. I just needed to hold on and make it back to 10th Street so I could surge ahead systematically pass my competitors while they fought to maintain their faster speeds. 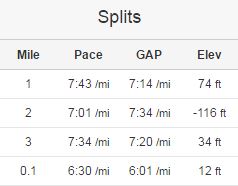 I passed quite a few women and I kept telling myself that getting in front of them might be the difference between placing in my age group or going home empty handed. Good thing because otherwise I wouldn't have gotten this fancy medal. 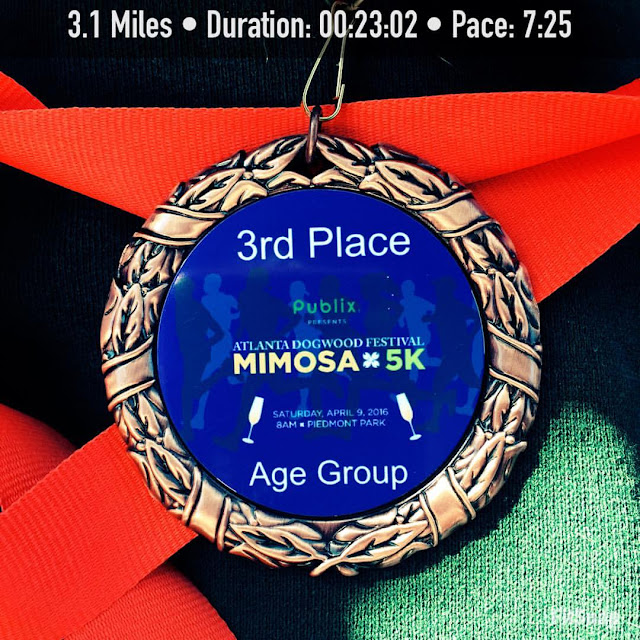 I fucking love Publix. They don't skimp out on the bling. I am excited to present this to my mommy who collects my race medals. Not exactly sure why, but she seems to like them. 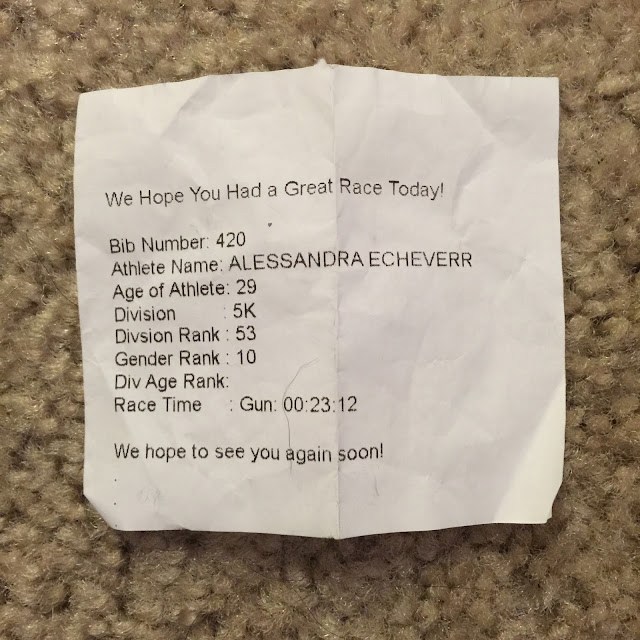 Not my best 5K by any means but I'll take it. 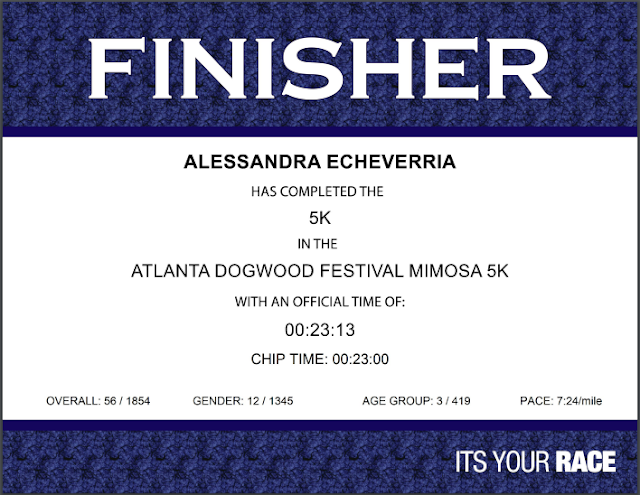