I took these photos at 5 in the morning before my flight to New Jersey. That's how much I love you guys. I weighed in at 143. I ate all the carbs the night before and it felt glorious. 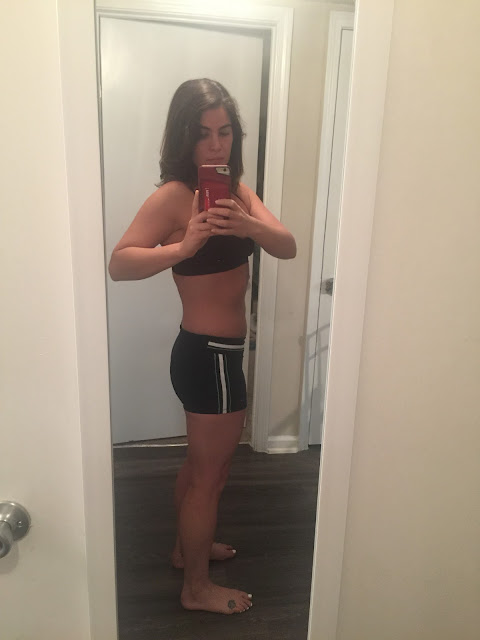 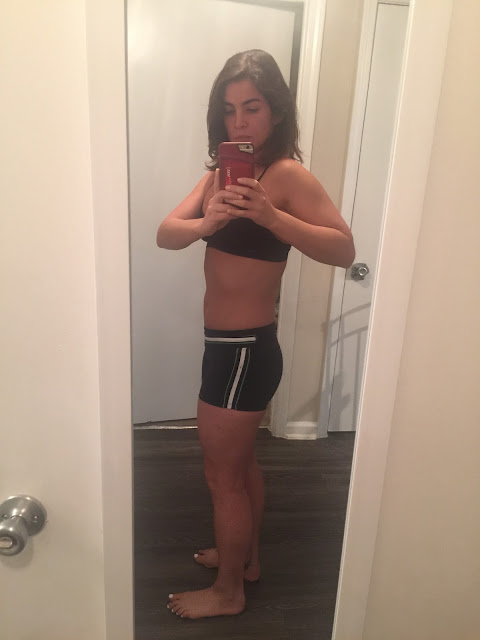 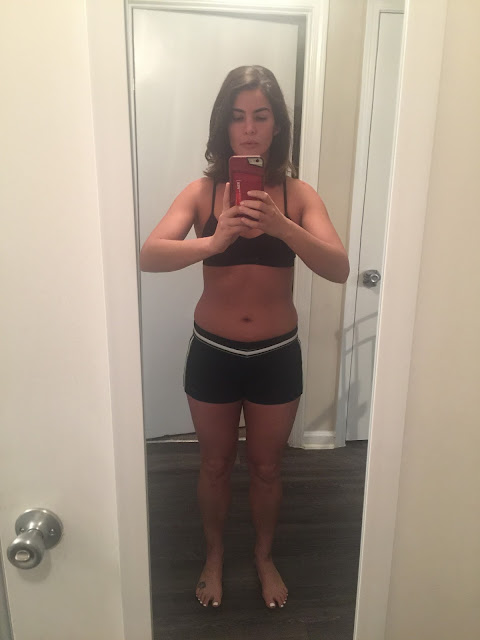 I highly recommend taking progress photos. The photo below was taken on February 1, 2016 and I weighed 143.8 lbs. I remember being so excited that I was under 145 lbs. 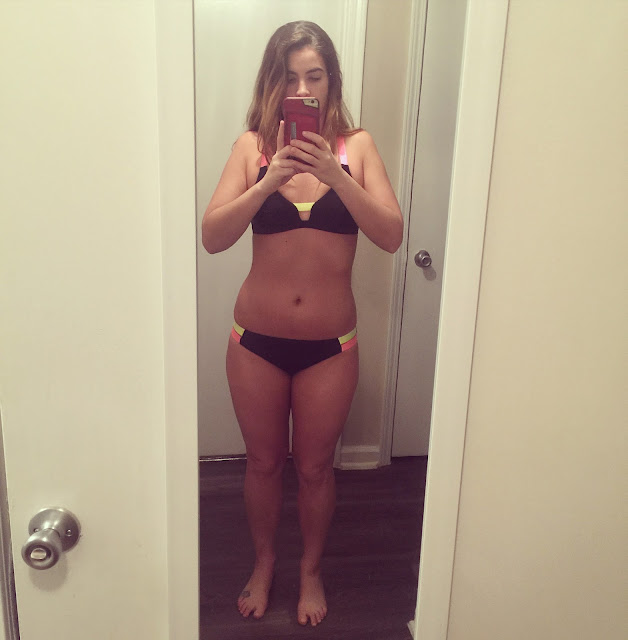 Body composition is everything. I don't care if I weigh 105 or 150, as long as I look good and kill it in the gym. I am 0.8 lbs lighter in the photo on the left, but I am a lot leaner. Following macros and going on a reverse diet have made significant changes in my body composition. 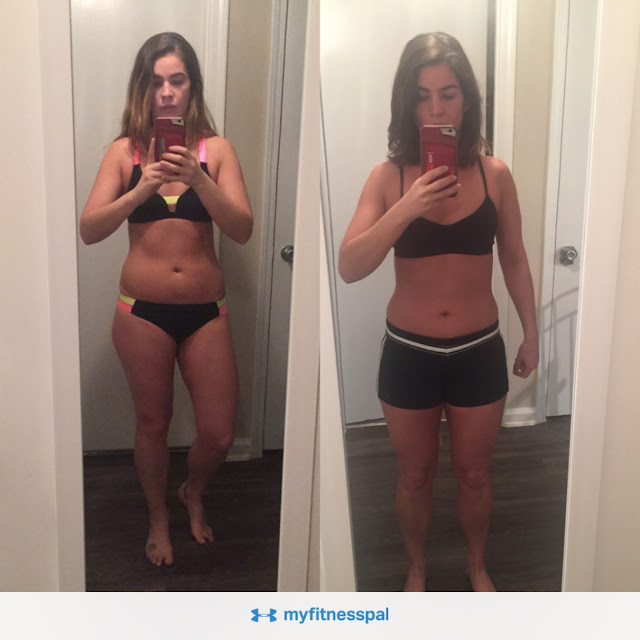 And I found this cute post on my Timehop. Hitting 150 lbs scared the shit out of me, especially because I had weighed 137 lbs a few months before. Granted, I didn't eat at 137 lbs and I pinned myself under a 35# barbell, but still. But 4 weeks after my February 1, 2015 photo was taken, I weighed 150 lbs again. I went balls to wall in Austin on a business trip and ate everything in sight. The number on the scale is really just a number, but it holds so much power over many of us. Seeing 143 used to be a victory for me, but now it's the sign of eating all my carbs right before bedtime. As I continue to pursue my performance and aesthetic goals, I hope to learn to see the scale as a tool to judge progress, and not the be all end all of my goals. 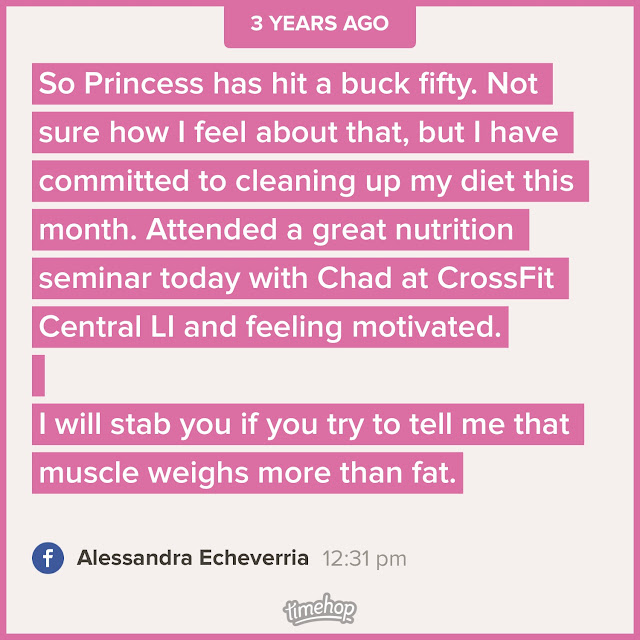