Sunday Funday: Hiking with the Parents

The first rule of taking your parents anywhere is making sure they are dressed appropriately and otherwise prepared. Try as I may to get them covered in bug spray and wearing suitable footwear, they chose to disregard my warnings.

My dad and I hiked Mashomack Preserve last year and I loved it. After mercilessly teasing him about his choice in footwear, I ended up becoming mad jealous of his hiking sandals so I asked for a pair of Keens for Christmas. I have the Keen Owyhees and I like them because they have a full heel coverage. They are very much like trail sneakers with cut-outs to keep your feet cool. I'm pretty sure my dad rocks the Keen Kanyons and they have only a strap across the heel.

The Mashomack Preserve is about five minutes away from our rental house and we got on the trail at 1 PM. 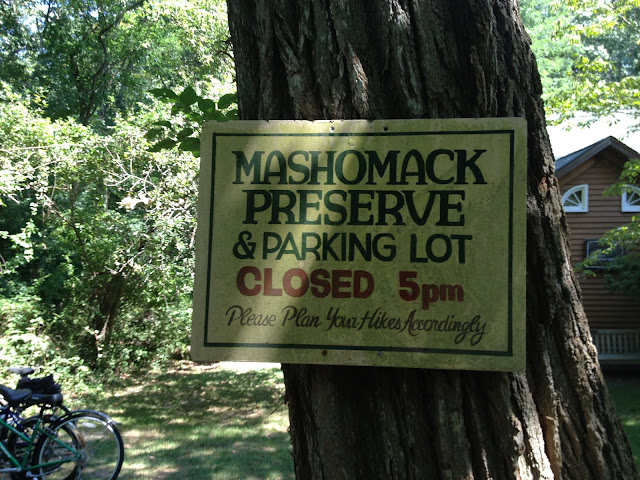 There was crazy talk about hiking the 1.5 mile red trail, which I immediately vetoed. The yellow trail has a long portion of open field and my fair mother can't take direct sunlight. With help from the visitor center guide, I came up with a plan to go partway on the green trail and then on the way back we'd double up on the shady portion of the yellow trail to avoid the sun. And then I quickly convinced my parents to stop being sissies and to hike the entire green trail. 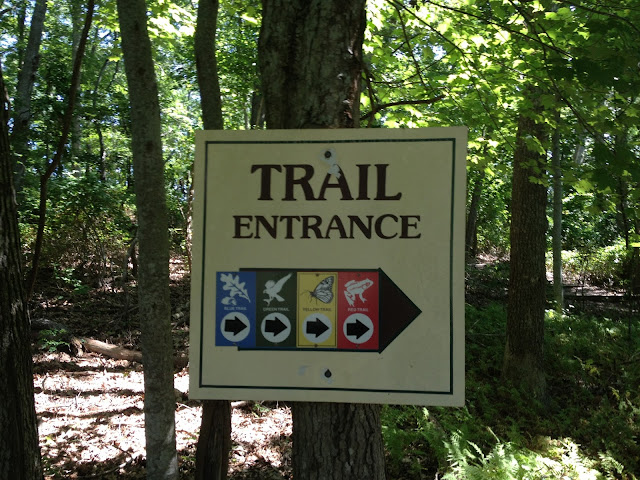 We headed off into nature. My mother complained that it was buggy and her nose was running. Remember what I tried to say about bug spray? 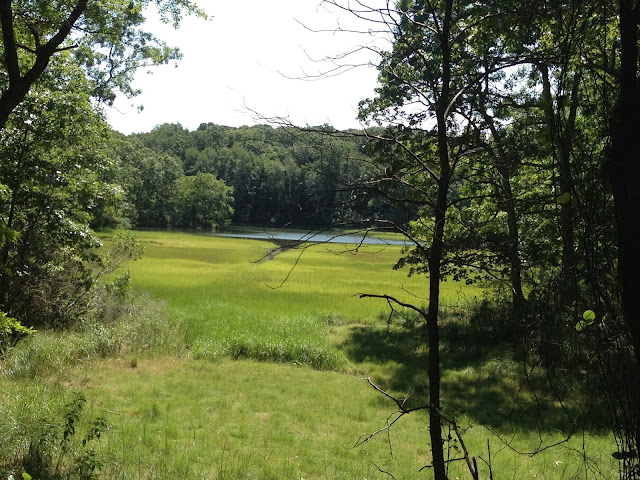 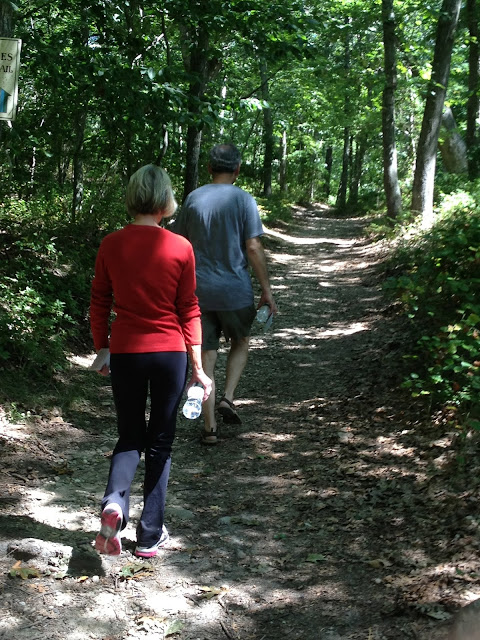 I told them to stop their whining and to get a move on. We had regular distance check-ins and each time they were surprised to hear that we hadn't yet reached a mile. I did allow for liberal rest breaks. 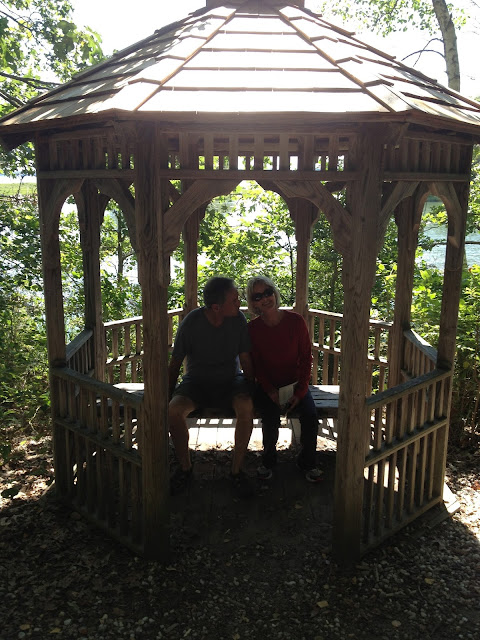 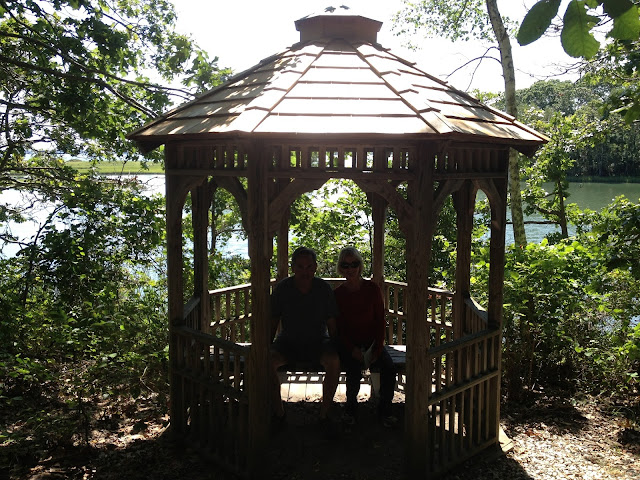 We passed marshes and crossed footbridges. We trekked across the grassy plain. My dad kept saying that everything looked like where he grew up in Chile. My mother laughed and said she didn't think he remembered anything from Chile and that this was all his imagination. My dad grew up in Chuquicamata and I don't think these Google images support his claims. 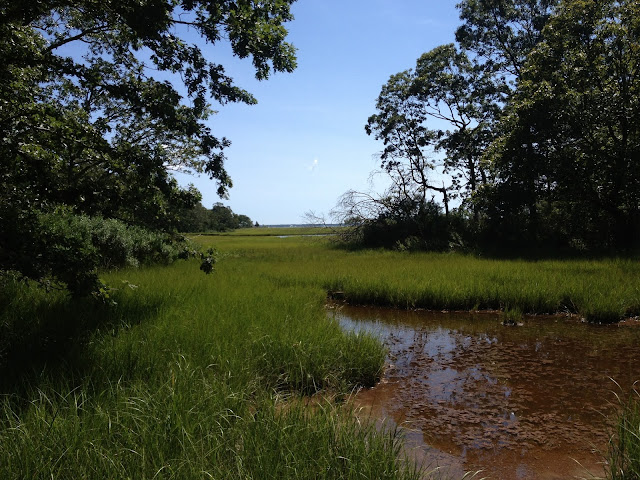 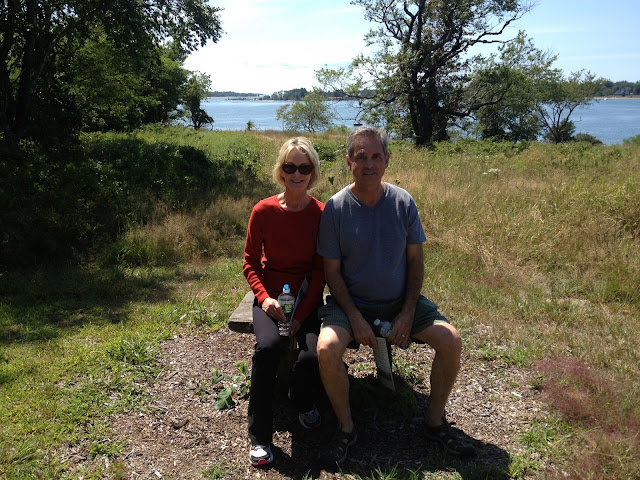 Since my dad and I had hiked the blue trail last year, it made sense that we might come across part of the green trail we had never seen before (refer to the map), but of course we decided we had gotten lost. I insisted we continue and if we trespassed on someone's land so be it. I remembered that the woman at the entrance said the green trail lead to the manor house and I was pretty sure it was where we were heading. 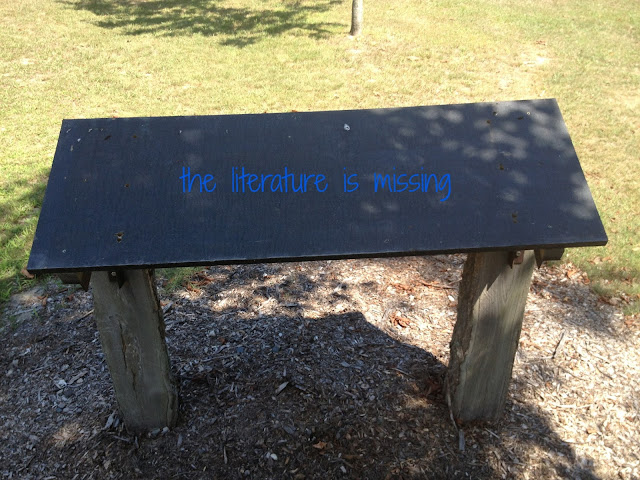 Look who was right. 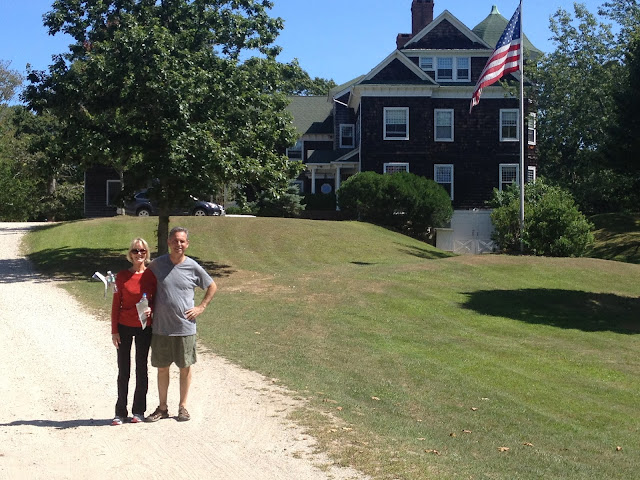 My dad took that whole trespassing thing a step further. This is the Nature Conservancy office and it said it was closed. He let himself in anyway and then told us there was a bathroom to use. Only as we rushed out the back staircase did we learn that there were people in the building and my dad hadn't bothered to let them know we were there. 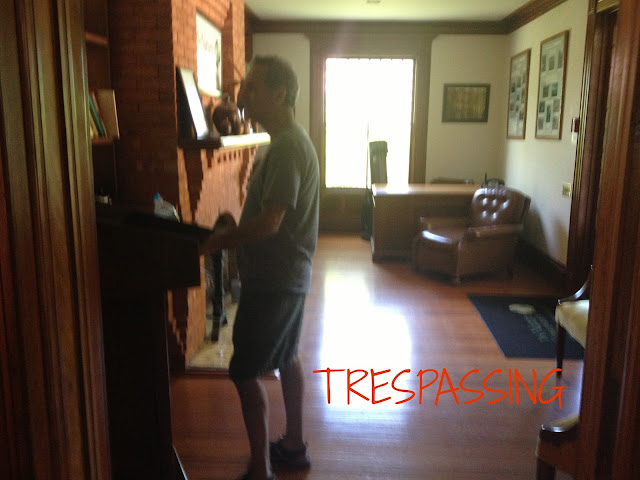 If you've ever wondered about my blatant disregard for laws but my insistence on sticking to pretty basic rules, let this give you insight into my childhood. I will follow a font style guide to a t, but breaking and entering doesn't bother me one bit.

We hightailed it out of there and continued on our merry way. 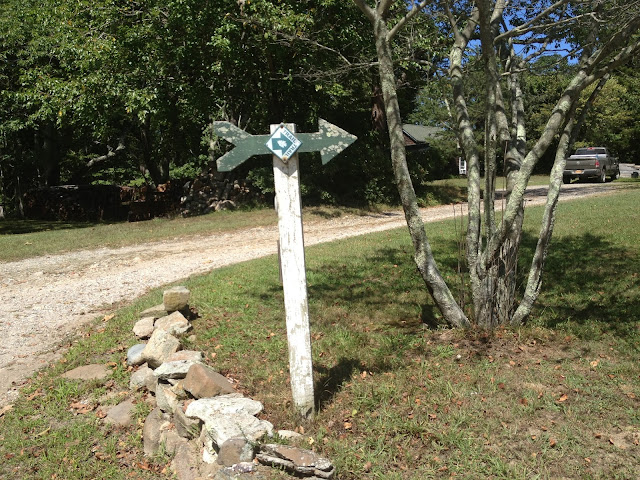 Our hike continued but the troops were lagging and I could feel dissent building. It's not like I took them on a 50 mile trail run or anything. I don't think they liked these stairs. 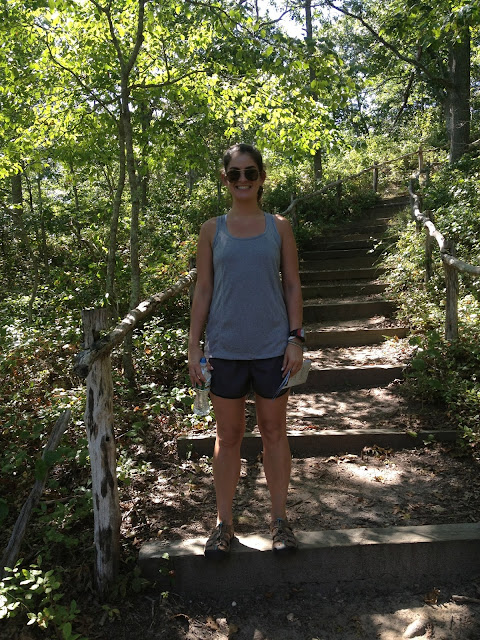 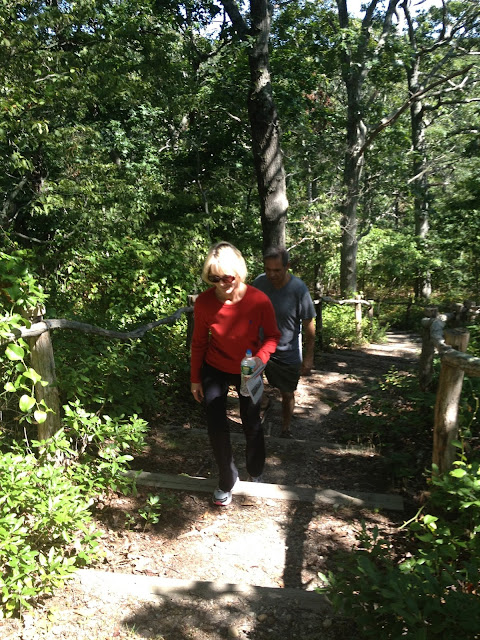 We each predicted how long our hodgepodge route would be and I chose 5.25 miles. We see who won that bet. 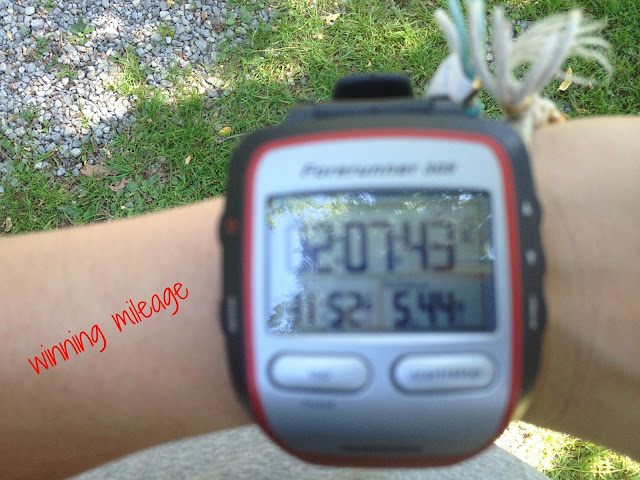 Dirty, tired, and sweaty, we returned home to bathe and set up shop in the backyard. But not before I scared a hypochondriac concerned about ticks. When she asked why I was dressed so scantily (um hello, that is a very baggy tank top) to go hiking in the woods and wasn't I concerned about ticks, I told her that years of passing out on lawns and in bushes has made me relatively indifferent to the whole tick thing. 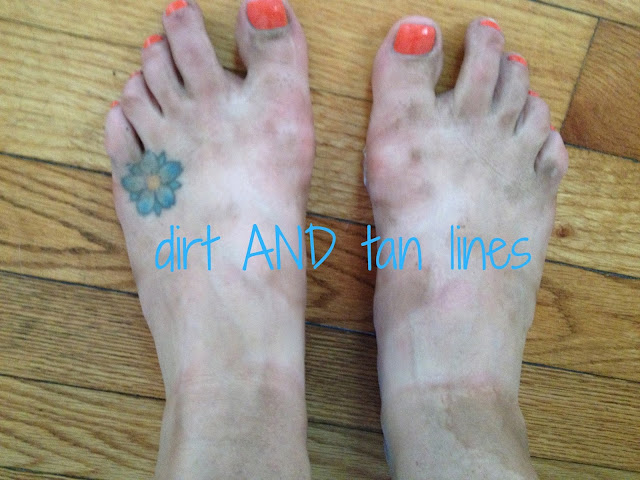