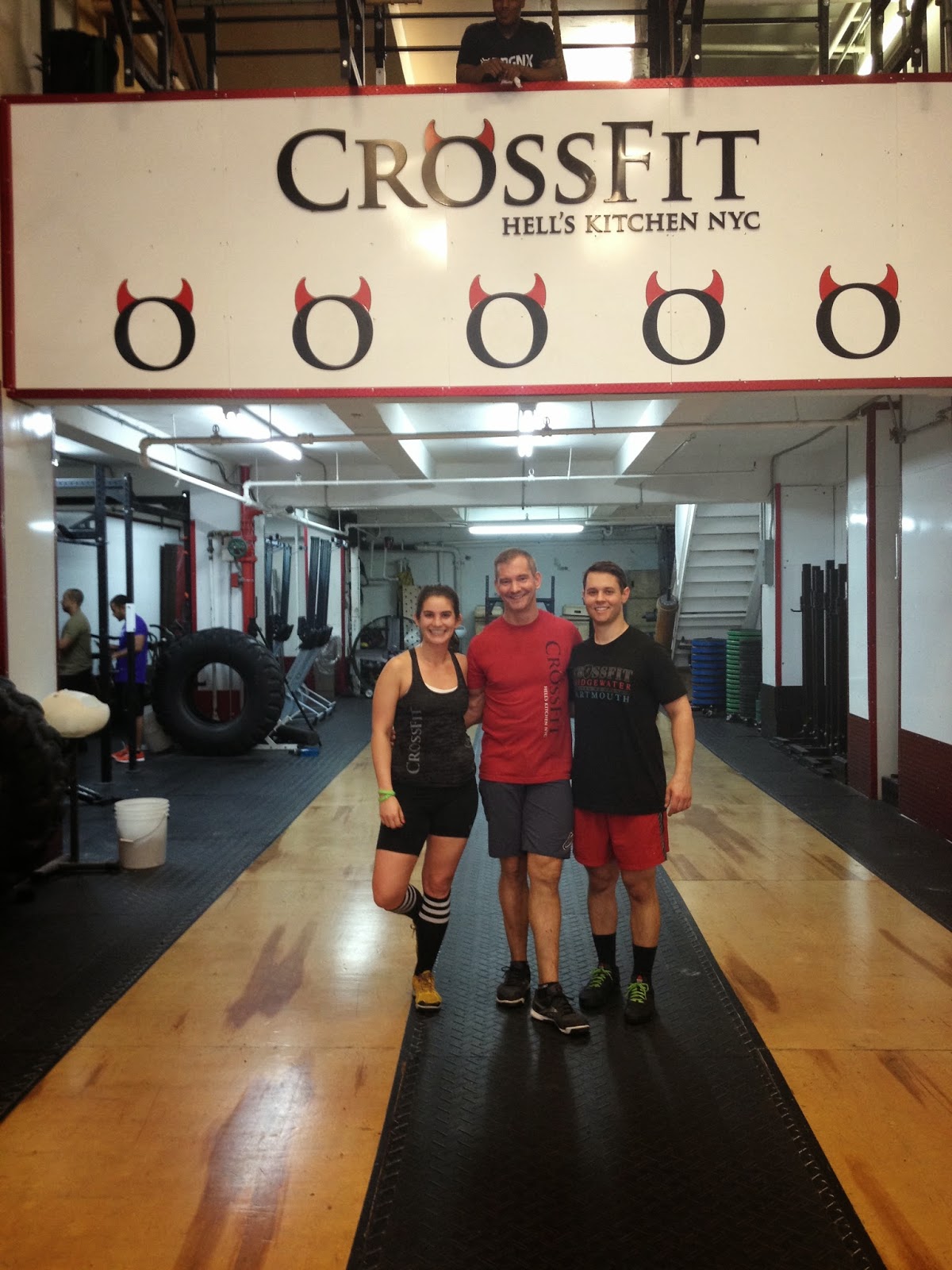 
So I'm a big fan of deadlifts because picking up heavy loads and then gently placing them down is something I find pretty simple to do, EXCEPT after 3 months of sumo deadlifts and then my form on all deadlifts sucks to high heaven. Thankfully we haven't had sumos in the rotation for a while. We follow Wendler's and Ryan's box doesn't so I wish I had thought to share the percentages beforehand so he could have come prepared with his numbers. Traffic was bad per usual and we didn't have time before class to chat.

Back in December I was able to string 3 kipping pull-ups together. Now I have no pull-ups. I think it's because of the weight I have gained and because I don't work on them. My max effort pull-ups were zero but Ryan did an awesome job. He has The Natural Grip and now I really want a set.

Neither Ryan nor I had ever done Jackie and we were psyched to give it a try. Hell's Kitchen is a very well stocked box, especially given its square footage. We have 15 rowers while many places make do with two or three. Since there were more than 15 people in class, a few of us volunteered to buddy up. Ryan started on the rower and completed his 1000m row in 3 and change. I waited until the 5 minute mark before beginning.

I'm not the best at following verbal instructions (and by that I mean I'm awful), but if I read what to do, I can do it. So when I read 45# thrusters, it didn't occur to me that since that is an empty men's bar, women should use an empty women's bar. I did 30 of my 50 thrusters with the men's bar and the last 20 with the women's after Anthony asked me what I was doing. That lady bar felt amazing at that point.

The pull-ups killed me. I was using a red band and I hit my nose on the band a few times. Thank God I didn't hit in on the bar. Starting in May, bands will be kept behind the counter and there will be a fee to use them. $1 for the thinnest band and an additional dollar for each thickness level. Anthony is genius.
at 4/18/2014 09:04:00 PM