Trip to Tulsa and CrossFit T-Town

I was in Tulsa this week for a conference. I extensively researched CrossFits in the Tulsa area in advance and decided that I wanted to drop in at CrossFit T-Town. I called ahead and spoke to owner/coach Christina Merlo about dropping in and she made me feel completely jazzed about coming by. I pretty much couldn't have cared less if I made it to the conference sessions, but I was getting to CrossFit T-Town if it killed me. (The sessions turned out to be pretty neat too and I attended every single one I signed up for.) 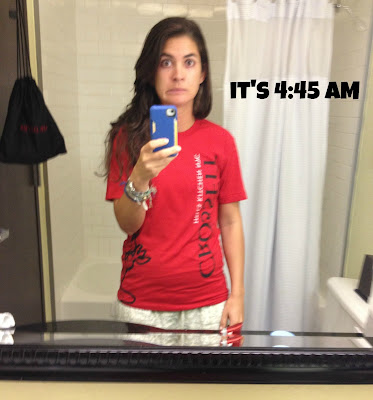 I got to Tulsa Monday afternoon and walked straight into the opening session, was handed the microphone, introduced myself and shared a fun fact. I casually dropped that I have been race car driving with a strange man that I met in a wine bar to 200 of my closest colleagues. I tried to stay up to watch the Chargers game but fell asleep with 4 minutes and 25 seconds left on the clock. Despite the late bedtime, I dragged my sleepy body out of bed at 4:45 AM on Tuesday morning and jogged over to CrossFit T-Town.

CrossFit T-Town opened in its current space about three months ago and it looks awesome. I can't get over how big these boxes can be when they aren't restricted by apartment buildings and hotels. 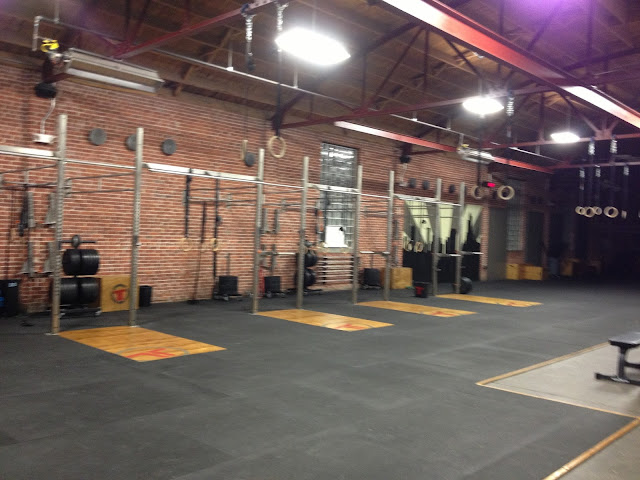 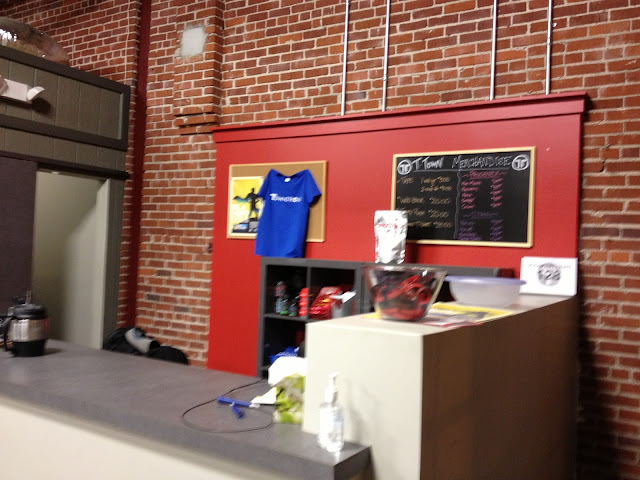 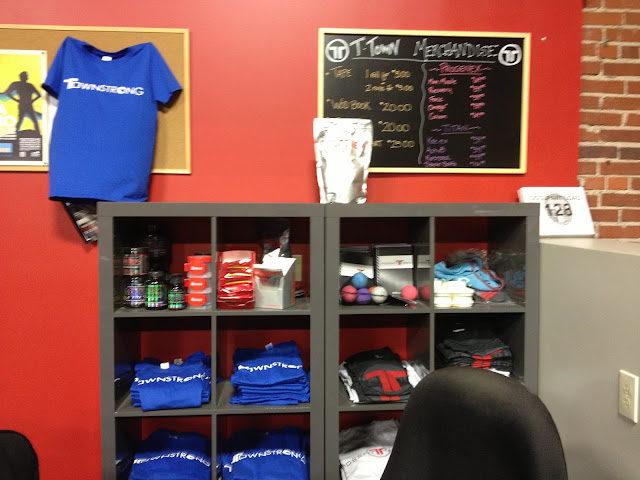 I arrived just as Christina and Chad Smith, another owner/coach, were opening up. They were immediately so friendly and welcoming and I got over my awkward early morning self pretty quickly. After signing the waiver and buying a t-shirt (obviously), I took a look around and awkwardly started photographing the place. The grey ladies fit t-shirt is super cute by the way. I just wish it said CrossFit on it, but the logo is sick in itself.

I wore my CrossFit Hell's Kitchen t-shirt (specifically purchased for this trip) to show off my home box pride. When we were warming up, some of the guys started talking about how CrossFit Hell's Kitchen may be the most badass name for a box ever and I have to agree. Denmark, however, has a CrossFit Butcher's Lab (not shop?) so perhaps they give us a run for our money.

After rolling around on PVC pipes, which effing kills by the way, we did a 500M row to warm up. I focused on the form Anthony taught me during 5K day and I definitely feel an improvement. Did anyone see the article in the NYT Style Section on rowing? Interesting read.

The WOD was Lynne. 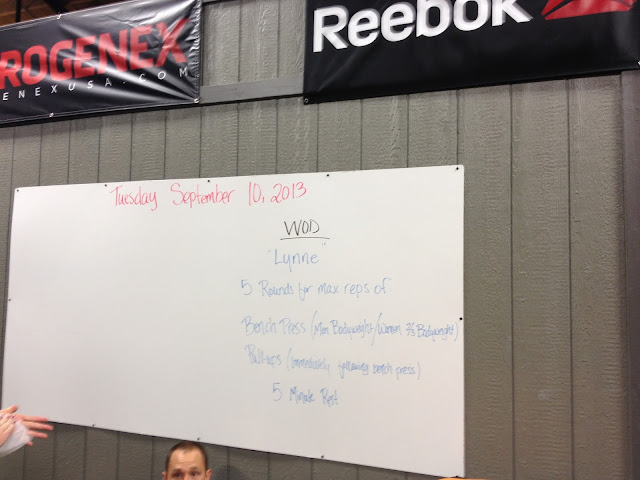 This was a partner WOD and a really great girl named Tuesday volunteered to be my partner. She's been doing CrossFit for three years and has been working out with Christina since she was teaching the WODs at the Y. Neither of us had done a bench press in quite a while so we didn't know what weight to use. I did my first round with 55 lbs and as you can in our table below, that was too freaking heavy. We dropped down to 45 lbs for Tuesday and she rocked it. Look at her reps - 15 or 20 every time! 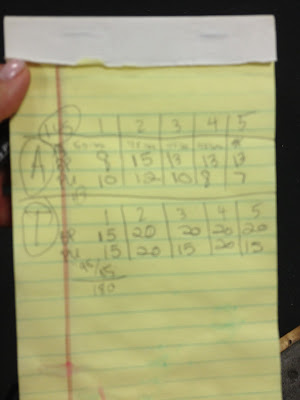 I really loved how everyone cheered for each other and I was able to get a few extra pull-ups (with a blue band) busted out hearing, "You got this Allie." The more I go to CrossFit, the more I value the sense of community and support, and I can't imagine working out without it.

Coincidentally, one of our folks who teaches in Tulsa was in the 5:30 class and it was really awesome to meet him. I love getting to chat with our teachers.

I headed back to the hotel and went to the hotel gym because one of my colleagues from Hawaii said he was there. It's crazy that there are so many people I work with and love that I've actually never met in person. My organization is filled with Type A overachievers and the gym was therefor packed. 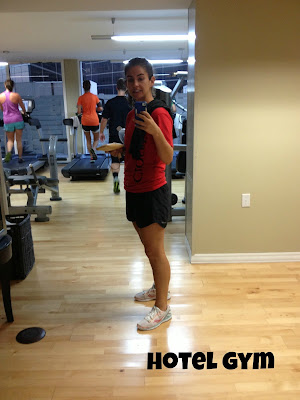 The rest of the week was pretty awesome and I had a great time in Tulsa. The Blue Man Group was also staying at the Hyatt Regency and I had a wee of a time making blue myself jokes.

Tulsa is also home to The Max Retropub, which is an 80s THEMED BAR! It has old school arcade games, skee ball, Shiner Bock beer, and neon sunglasses. Any place named after a Saved by the Bell reference is good in my book. So if you find yourself in town, get your WOD on at CrossFit T-Town, eat at Dilly Deli, and play at The Max. 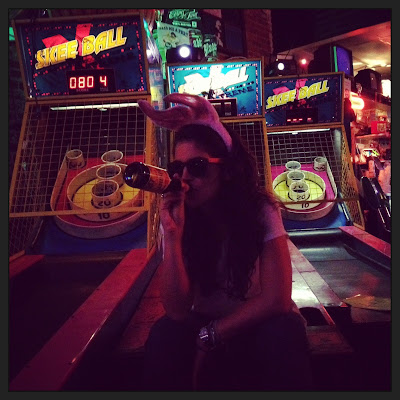