I determined that my tattoos could withstand a little sneaker action and decided to run the Bayville 5K. The course is very similar to the Michael Trauma course, but instead it began and ended at West Harbor Beach. The weather was beautiful, and we couldn't have asked for better racing conditions.  I decided to do things a little differently this time and started up at the front of the pack. I think this was a good decision as I finished my first mile in 6 minutes and 43 seconds. Miles two and three didn't go by as quickly as I would've liked, and the run from the police booth back to West Harbor beach felt like it took forever. I finished in 22:14.7 - nine seconds longer than the Michael Trama race. I think my extra weight is slowing me down.

I won my age group (it's actually not that hard considering very few 19-24 year old girls run these races) and received a spiffy medal. This guy Chris came up to me after the race to thank me for beating his friend. This guy had pulled ahead of me between miles 2 and 3, but he didn't bring enough to the finish line. I easily passed him with 500 yards to go. This just proves that every little bit counts, especially at these Long Island races where there is room to move around. 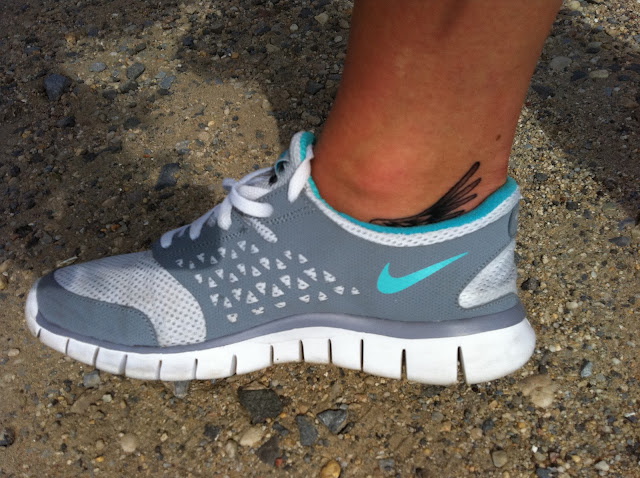