I woke up Thursday morning at 7:37 AM in Oyster Bay only to remember that the Pre-Turkey Thanksgiving Workout at Yves and Coco's studio started at 8 AM. F*** my life. I managed to get dressed in under 4 minutes, fill my water bottle, and jump in the car. As I got into the car, I remembered that it didn't have any gas. No matter. I drove to Great Neck (over ten miles) on an empty tank anyway. Now I should have only been 4 minutes late for class but I kept driving passed the studio. For anyone else looking to go to MC Dance and Fitness, make a right onto Middle Neck Road South across from the Gulf Station and follow it until it says just Middle Neck Road. Number 222 is part of a shopping strip immediately after the Shell Station. There's parking in the lot behind the building. 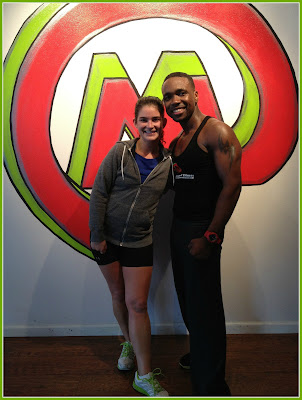 I rush into class over 10 minutes late, wearing a not cute outfit that didn't really match (why didn't I set out my clothes in advance?!), bloated from my chicken McNugget double dinner, and it took me a moment to remember that none of that mattered. I got to take not one, but two of Yves's classes, even if I missed the beginning of the first one, and for that I was thankful. Then I launched myself into a hinge kick and realized that I need to get my shit together. Kick Kamp was hard.

During this first class, I had a moment of clarity when I accepted that I have gotten too big and I need to fix it. I honestly felt like I had fallen from grace - I used to be the person in the front row showing off and now I was in the back (I had to be because I came in late) and the moves were challenging. All of the ladies I used to work out with were in the front and made it look so easy. I know I've been talking about getting back into fitness and clean eating for like two years now, but I finally saw how bad it has gotten. That being said, I had so much fun. 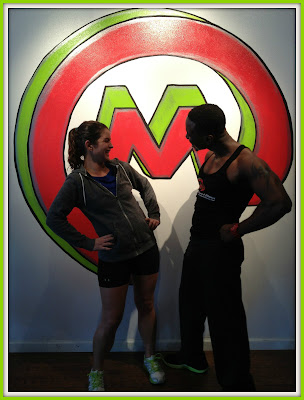 The second class was Dance Fusion and we all know how much I love Dance Fusion, mostly because I cannot dance. I switched into a dry white tank top (which made my lame outfit look a little cuter than the dull oatmeal colored tank I was wearing earlier) and proceeded to shake around the room because I can't shimmy. I think I had sweated out most of the bloat so I look less like a Macy's Thanksgiving Day Parade float and more like my former self. All in all, it was a great way to spend my Thanksgiving morning.

Yves and Coco's studio is beautiful. I especially love the floors. A lot of places shellac their floors, which looks nice, but then causes crazy slippery surfaces after a few athletic women start sweating. These floors were beautiful medium-dark colored wood that didn't need a shiny coat to look nice. I sweated a ton and never felt like I was going to slip in my own grossness and injure myself.