I have been doing Pure Barre on and off since July 2015, and I have finally now joined the 100 Club at the Pure Barre Virginia Highlands studio. I achieved this momentous, if not rather delayed, milestone in September of this year. 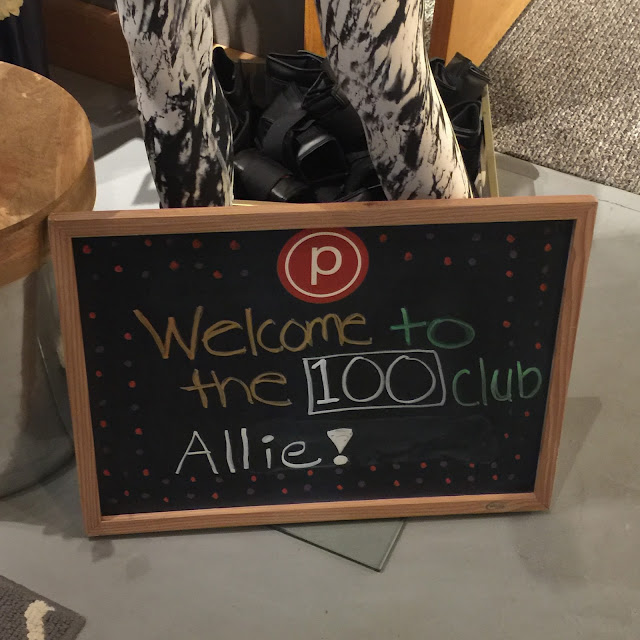 I got to sign the 100 Club bar. There's barely any room on it, but I managed to squeeze my aggressively long name onto it. 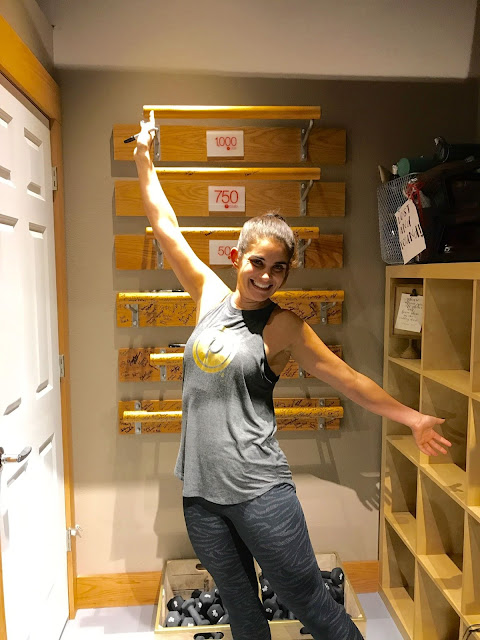 I received a pair of congratulatory 100 Club socks. These are the reason I'm glad it took me so long, because I got a pair of the NEW sticky socks. Their stickiness is far superior to the old ones. I just kind of wish they were red. That's silver glitter by the way, and it's awesome. 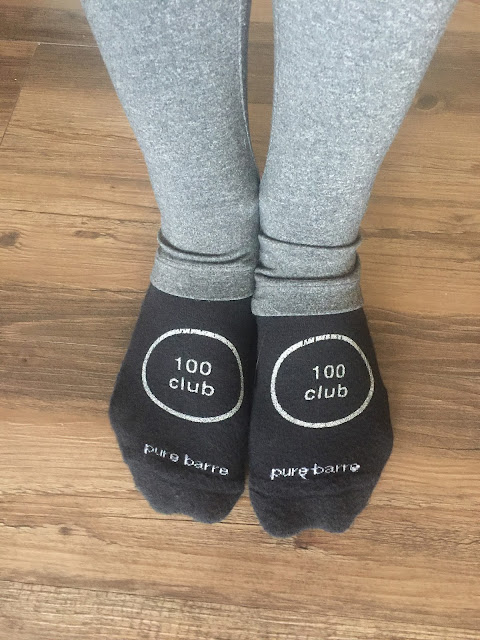 I had 12 classes remaining on my package and I was going to Pure Barre a lot through the month of October. I'm leaning towards switching to a closer studio, but that means I'll be back at zero classes. Thoughts on moving to a different studio - is worth it to be able to walk to class?
at 11/15/2017 12:16:00 PM No comments:

Pain in the Rib

You know what's not fun? Shooting pain in your ribs. Back in September, I was walking down the stairs to take my dogs out and I missed a step. Of course my hungover ass couldn't find my regular flip flops so I was wearing a pair of Palm Beach Sandals with slick leather soles. I desperately tried to save my footing but instead I slipped and went up in the air only to crash down on the concrete stairs. I then proceeded to clunk clunk clunk on my side down to the next landing. It hurt. Really hurt.

I felt short of breath and sore, but the real pain came a week later. It felt like my rib was going to puncture my lung. I could barely lift 50% of any of my one-rep maxes. I called my primary care physician but no one ever called me back (I should probably reconsider him as my PCP), and I didn't have time to sit at urgent care (which is never that urgent, is it?) I figured I would've found myself in the back of an ambulance if I had a punctured lung, and resigned myself to scaling all of the workouts. ALL of the workouts. I couldn't row, go overhead, do pull-ups, do burpees, or box jumps. I apparently could still run a mile faster than most of the gym but it was over a minute slower for me.

Around that time, I realized I had several Pure Barre classes that were about to expire and so I committed to getting there 12 times in between all of the work travel I have been doing. It was pretty awful at first. Apparently I hurt my intercostals, the small muscles between my ribs. That's a lot of core intensive work when your ribs are on fire. Slowly but surely, I stopped feeling like I was going to throw up between each sit-up, tuck, and hold. I was able to do planks again.

I spent a week up north and went to yoga, and then kept up with the Pure Barre when I got home. Last Wednesday, I realized my ribs were pain-free and I have developed a lot of core strength.

On Saturday, the boyfriend and I went to his box for a partner WOD before the Chomp and Stomp chili and bluegrass festival. We shared an 85# bar. I was able to do pull-ups for the first time in over a month! My wallballs felt solid. My cleans were on point. I struggled with the jerks, and probably need to build up the weight I use for those, but overall I am pleased with my performance. 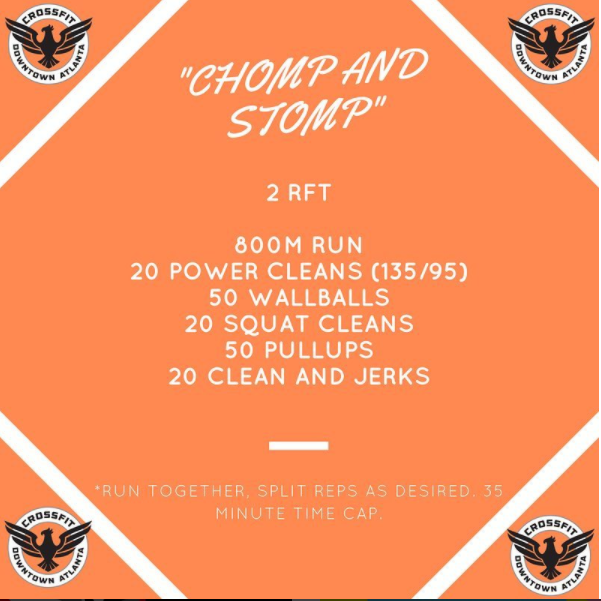 I plan to get back to my box this Wednesday and get back into the swing of things while remaining healthy. I haven't been a fan of the programming in a while and so I'm hoping that I enjoy it more coming back this time.
at 11/07/2017 08:28:00 AM No comments: