CrossFit Golden Gate and the Start of the HeritageBBQ Tour

This past month has been a whirlwind. I left Atlanta on September 11 for the first stop of Cochon555's HeritageBBQ tour in San Francisco. Our event was held at Magnolia Brewing in Dogpatch and the light of my life Colton came to help us sell merchandise.

We had incredible dinners at The Battery, Dirty Habit, and at our own event. By Tuesday I was dying to do a WOD and was able to drop in at CrossFit Golden Gate for the noon class before my redeye to Toronto for stop two. 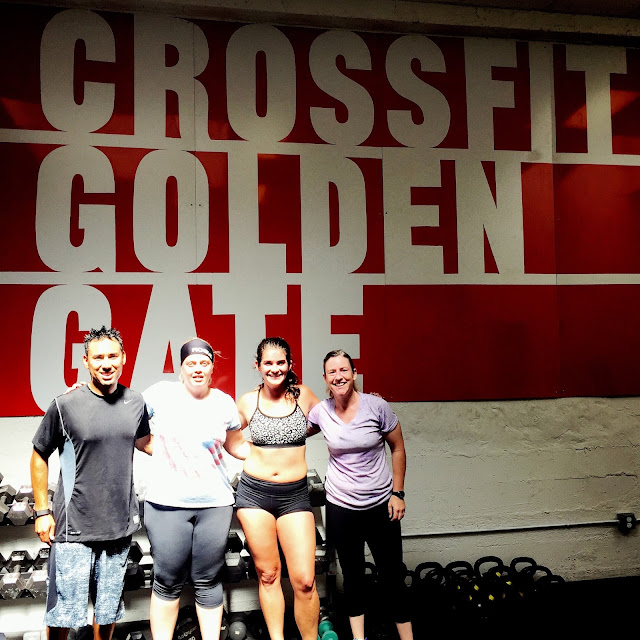 Confidence, Humility, and Being a Girl

I was born in 1986, and as a girl born in the 80s, I grew up being told I could be anything I wanted to be and that I am just as good as any boy. But then I was also told that my teachers were more likely to call on boys than the girls in class, that I wasn't a good math student because girls were better at things like reading and writing, and that I needed to prove myself every day to be seen as smart.

Once out of school, I kept being told how women have to act confident and work to be taken seriously in a workplace full of men, especially white straight men. I think there were maybe 8 white straight men in all 53 offices over at TFA, but dammit, I needed to learn to hold my own and be taken seriously by them. Every other Facebook post is about leaning in, conveying confidence, and the double standard of women being seen as bitches at work while men get seen as bosses for the same behavior. I still long for the days when Facebook was full of pictures of you making duck faces with your sorority sisters while your boyfriend threw up in the lefthand corner in a delightfully fucked up photobomb. Now between engagement rings, sonograms, and new houses, I have to be told how to function in the workplace as a woman and in the world as a woman, and oh wait, now you think I've gotten too muscular and I no longer look like a woman.

So this morning my shrink informs me that his hypothesis on why I suck at dating is that my confidence is too threatening and I need to tone it down so others can feel more comfortable being themselves around me while they get to know me.

I'm just going to let that marinate for a moment.

(My hypothesis is that I go on dates with people I meet on the internet and I sleep with my neighbors. Now who has that degree is psychology?)

Now I know he can't have possibly meant that I need to make myself less than so that a man will like me more. Apparently he thinks this will help women to like me more too. I politely told him what I think of his hypothesis and limited myself to two f-bombs and only one you've got to be kidding me.

I was ticked off but I'm usually good at receiving feedback, so I reached out to the person I guess I'm kind of dating to ask his opinion. Bless his heart, he answered candidly.