I wrote earlier this week about how I've gotten back into running. I've been running longer than my training plan requires because getting outside with my thoughts is one of the few things keeping me sane during this pandemic. I know many of us are struggling with our new reality. Going to the gym is my way to let off steam, work through tough emotions, and figure stuff out. I've been enjoying how running outside with no music is helping me to process some heavy feelings I've been trying to squash for a long time. 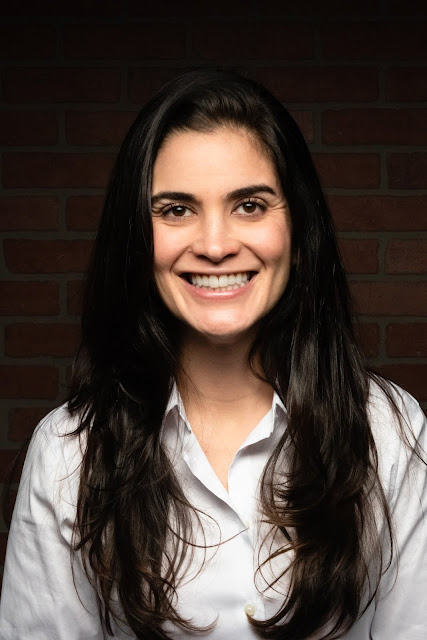 I'm not proud to admit it but I lost my mind over some Facebook posts the other day. I saw my ex-boyfriend in photos with his new girlfriend celebrating his birthday. I wasn't allowed to take photos of us together, and if I did, I was definitely not allowed to post them on social media. And if I did post them to social media, I couldn't tag him and he would untag himself if I did. And I was never allowed to spend his actual birthday with him because birthdays are to be celebrated with the guys, but I could take him out for birthday dinner after his birthday, but the food was never as good as it is somewhere not here in Atlanta.

I am tired of keeping this hidden like a shameful secret. I was in an emotionally abusive relationship for three years. I was repeatedly put down, lied to, and convinced that I was imagining things. I became obsessed with winning back his affection and attention, to the detriment of all other aspects of my life. I now say that I was never as good a friend, child, sister, or employee as the day before I met him. For three long years, I engaged in a cycle of abuse and self-blame where I would tell him off and try to leave, only to be bombarded with calls, messages, in-person visits, and gifts until I gave in and agreed to be with him again. I recently learned that the term for this behavior is called love-bombing.

I regretfully decided to move into a new apartment with him last March. He had to travel for work almost immediately after the move and so I had several weeks of unpacking alone and getting settled. He returned one week and the arguments got worse than ever before. One night I was studying for a college algebra exam for my Maymester course. He told me he was going out with his friends so I could have the apartment to myself to study, which I appreciated. He came home around 8 PM, drunk, and proceeded to tell me what he really thought of me. He told that he couldn't stand me, didn't find me attractive, that he was the only person who could ever love me and even he didn't like me, that everyone we knew had told him that they hated me, and that my own family hated me because I was so awful. An epic argument ensued and continued until he took my two dogs into the bedroom, locked the door, and passed out. I was used to sleeping in the guest bedroom at this point because my presence in what was supposed to be our bedroom upset his sleep. I cried hysterically while trying to study until about 4 in the morning. My exam was at 11:30 AM and I figured I had enough time to catch some sleep before I had to leave for school. Just after 5 AM, he came into the guest bedroom and tried to touch me, telling me he was sorry that we had a fight but he forgave me. I told him to get the hell away from me and repeated all the awful things he had said to me. He alternated between denying it and apologizing it away by saying he had been so drunk he didn't remember any of that happening. Needless to say, I did not do well on that exam. That was the day that I decided that I hated him and that I could never forgive him. I emotionally checked out of the relationship. I started to drink more and go out often. Sometimes I stayed out all night just to be away from him. But I didn't leave.

I was financially and legally tied to him. Thank you apartment lease. I spent my entire adult life saying I wouldn't live with someone until we were married (no judgment, just a personal decision), and yet he convinced me to do otherwise. I was embarrassed to admit that I had made such a terrible mistake. And I was scared to ask my parents for more money to leave because they do help me financially so that I can attend school.

Only when he became physically abusive, did I speak up to my parents and ask for their help. A weekend trip that was his idea of fixing our relationship turned into a living nightmare. I had been drinking so I couldn't drive back to Atlanta, I didn't know anyone else in the city where we were staying, and he was drunk and very angry. I was terrified for my life.

It still took me two months to move out of the apartment we shared. He called into work sick repeatedly so that he could be home for 52 straight days. I had to be in Atlanta to attend class. He has a crash pad for work and an apartment in another southern city. I never got to be alone unless I was in the bathroom and sometimes he would follow me in there too.

I was so used to the way that he treated me that I rationalized his behavior. I justified the sketchy, rude, and cruel things he would do by blaming it on my bad attitude or the hurtful things I said during an argument. How dare I criticize his drinking when I was drinking too? Of course he's in a bad mood. He spent all day traveling home to see me and I didn't show my appreciation enough when he arrived. He's right, I did gain too much weight and that's why he won't touch me. I am so inconsiderate. I put ice in my coffee and he was trying to sleep.

Do those statements sound as effed up to you as they now do to me? But I was an addict who craved his attention, even if it was of the awful variety. I moved out at the end of December. Even after I moved out, all of my thoughts and actions were based around him. I own the washer/dryer and moved them to my new apartment. On the day of the move, I washed all of his towels and put them back into the old apartment so he would have clean towels when he got back from his trip. I even considered doing all of his laundry until I was explicitly called out about it by a loved one. Only recently have I recognized the truth of what happened. I am a victim of emotional abuse and now I'm working to process through the emotions I'm having. I'm really angry - at him and at myself. I know it's not my fault but it still feels like it is sometimes.

I share what happened to me because keeping it inside has been poisoning me. And maybe by sharing my story, someone who is reading this will recognize abuse in his or her life, and know he or she is not alone. If you are being abused, there is help. There are people who will believe you even if you don't have bruises or broken bones. I will believe you. If reading this makes you want to talk about emotional abuse with others, I think it's a conversation more of us need to have. There should not be a stigma and we shouldn't feel weak or stupid when people hurt us. But I do ask that you respect my decision to share on my blog and talk to me directly if you have questions about my story. Please don't speak with my family about this. They are very aware of what happened. I do not need you calling up my mom and telling her you read on the internet that her daughter got abused.